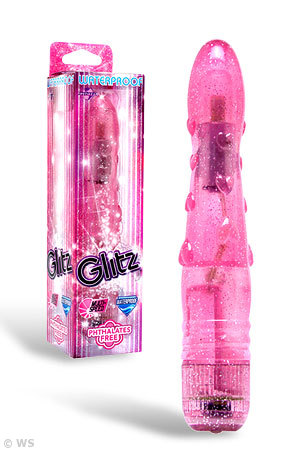 Many people have a quite understandable reluctance to buying cheap sex toys.  There are occasional horror stories about malfunctions and the like, and it's all too easy to imagine how much it would hurt to sustain injuries on the tenderest parts of your body.  But there's more smoke here than fire.  While cheap sex toys aren't always the best bet, there are times when you can safely take the less expensive option without having to worry that it will mean a lower quality product.

One of the most common reasons for anything to get marked down is that it's an end of line product.  It's taking up shelf space that could be used by next year's model.  Cheap sex toys are no exception to this rule – manufacturers are constantly bringing out all new products or upgrading old ones, and this can often lead to the opportunity for you to get a bargain.

Sometimes, it works the other way around, and the new item is the cheaper one.  This isn't cause for alarm – certain sex toys will get cheaper from time to time as simple improvements in technology are applied to their manufacture.  New materials are sometimes cheaper than old without a drop in quality, and advances in related technologies – particularly  miniaturisation – can also lead to the new improved version being cheaper.  And the savings made by the manufacturer then flow on to you.  If this is the case, it will almost always be mentioned by the manufacturer as a selling point, so you won't have any trouble learning about it.

Some cheap sex toys are cheap just because of how and where they're made.  For example, the increasing automation of manufacturing procedures often leads to cheaper production costs, and these too will tend to be passed along to customers.  This tends to apply mostly to the larger manufacturers rather than all of them, but even so, there are a few makers of home made sex toys whose prices are very competitive with the majors.  It depends on what you want.

Another way to find cheap sex toys is to buy toys that are being discounted as part of a promotion.  Sometimes this might be an incentive for a new release, or part of a larger discount package, but either way, these sorts of sales items can lead to massive savings for the customer who manages to take advantage of them – a question more of timing than anything else.

Yet another way to get your sex toys cheaply is to take advantage of any special offers made by those who sell them.  For example, We have a Member Rewards scheme in which every purchase you make  earns you an amount that can be put towards the purchase of any future items from our store.  Membership is free, and you can choose to spend as much or as little from your Member Rewards amount as you like in any transaction – it's just our  way of saying Thank You to all our loyal customers!